Winegrowing has left a huge footprint on the territory of the Rías Baixas Denomination of Origin and in the life of its people. 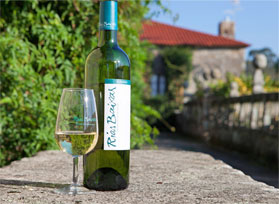 Tradition says that one of the most established varieties of the Denomination of Origin, the albariño, was brought by Cistercian monks to the Monastery of Armenteira (Meis) in the 17th century. The truth is that the variety has evolved and adapted so intensely to the region, that it doesn’t acquire the same quality of the Rías Baixas Denomination of Origin anywhere else in the world.

And in the same way that the wine has adapted to the region, the region has also adapted to the wine… Some of the most significant references can be found in local festivals and traditions, as well as in the cuisine and heritage sites.