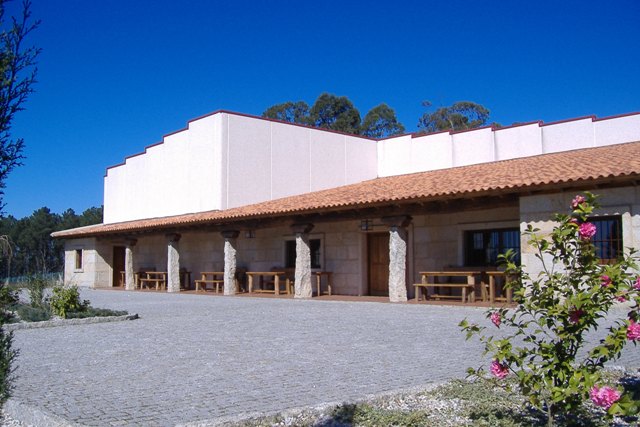 In 2003, 57 people, the first partners, founded Coto Redondo wineries, which today has 105 partners who work to put the Rubiós wine where it deserves to be, based on tradition, history and its quality. So, with a lot of work and effort, in the early months of 2006, the winery's first wines saw the light of day. They surprised the palates of many and the winery hopes they'll continue to do in the years to come, when more great wines from this Rubiós winery will be launched. The majority of the partners of the winery are also the same ones who contribute the grape that is used to make their wines. All partners live in the area of del Condado (one of the subregions that makes up the Rías Baixas D.O). A small percentage (about 5%) are only funding partners. However, despite not owning any vineyards, they are still very involved in the wine production process. The winery currently counts on 25 hectares of personally owned vineyards, about 85 of the partners, distributed among priviledged areas of del Condado, in soils that extend from the slopes of the mountains to the banks of the Miño river. They are fertile lands, with minerals, an Atlantic climate, but less rainy and with more sunshine than many coastal areas. All of this contributes to very mineral, fruity wines with a great olfactory intensity. But aside from their own grapes and those of the partners, Coto Redondo also buys grapes from winegrowers in the region, whose lots are controlled by technicians from the winery, to ensure that harvested grapes arrive in an optimum state of ripeness and quality. Our facilities are a reflection of the new technologies emerging in the winegrowing world, without forgetting about traditions that have been the foundation to our wines. On the premises we'll find large stainless steel tanks that share the space with French oak casks and a top-of-the-line bottling system that makes the job easier without harming the quality of the wine. The winery is divided into various sections, the most notable of which is the large area dedicated to storing the wine in stainless steel tanks, as well as another area - no less important - where selected wines are stored during a period of time, depending on each case, in French oak casks. Currently, our facilities have the capacity to process 900 million kilograms of grape, and are designed to potentially increase this amount in the near future. Despite the brief history of the winery, in just a few years it has managed to introduce its wines in both the national market and more complex international market. Currently, the winery's income comes mostly from Spain (from different Spanish regions including Madrid, Barcelona, Asturias, Alicante, Murcia, Valencia, Guipuzcoa, León...), with an established presence in European countries: Switzerland, United Kingdom, Finland, and lesser presence in Belgium, France, Poland, Portugal...Internationally, the wines are sold in the United States, Mexico and Japan. The goal of Coto Redondo - Señorío de Rubiós is to establish its foundation in Spain and increase its presence in the international market, as they are very aware that their future lies in being present in more countries and increasing their presence in places where they are already selling their wines. The goal in the next 2 years is to increase international sales to about 40% of total annual revenue.  Coto Redondowinery's philosophy is a wine production that is based on a mix of both tradition and modernity, a combination of know-how from previous generations, together with modern winegrowing technologies. Despite applying the latest developments in wine-making to their wines, and innovating in order to offer the best wines to expert palates, the most important thing for this winery is that the wine never lose its authentic, natural flavour. The flavour that reflects a quality grape that is tended to with care by the wingrowers; the flavour that took these wines from their region to tables around the world. Today, Coto Redondo winery produces various types of wines, both white and red, which are achieving great success in different markets and, most importantly, are appreciated by all palates. Discover all the possibilities offered by Ruta do Viño Rías Baixas: wineries and distilleries, restaurants, lodging and other leisure activities.