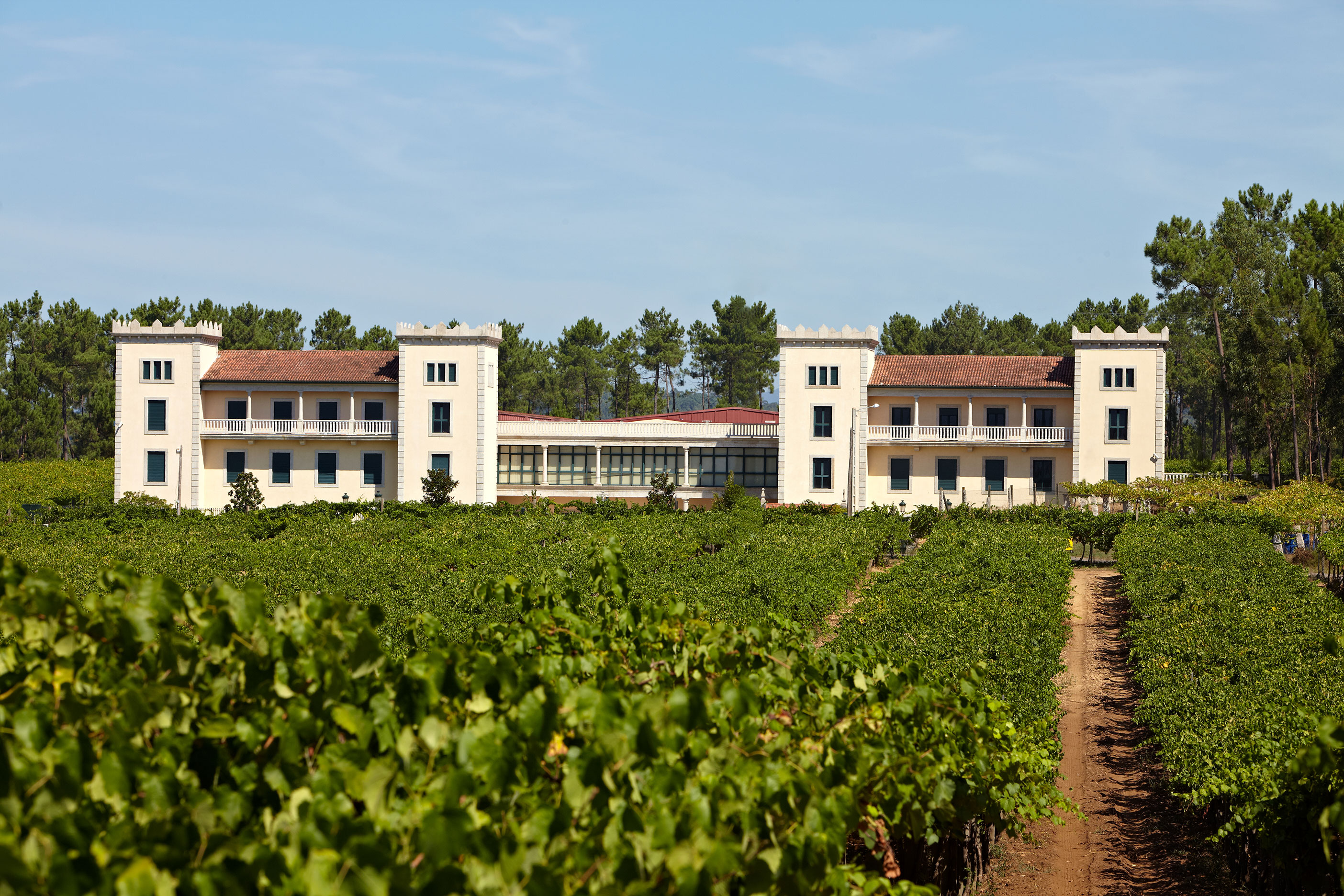 Its modern, and well-equipped winery for its times, began making its first high quality wines that were sold nationally. Aware, back then, of the wines' potential, the next goal was to find the best lands in which to conduct new plantations, which consolidated with the acquisitions of the estates Arantei (1985), Taboexa (1985), and Pesegueiro (2001). This growth in plantations makes La Val winery one of the most important wineries with its own production, with a capacity of 1 million litres. The production was moved to the Arantei estate in 2003, to a new and modern winery, equipped with the most advanced technology in the industry. The building that houses the new winery is located on a plantation of 35 hectares, with a useful surface area of 6,612 m2, of which 3,831 m2 are ocupied exclusively by the winery. The rest is dedicated to other uses such as a grand hall, offices, halls for events, a laboratory, kitchens, tasting rooms, etc... In 2010 there was a change in shareholders, D. Fernando Bandeira; the manager of the winery for over a decade, and D. Antonio Ruiloba; renowned professional in finance, led an MBI/MBO project with a small group of investors, keeping D. José Limeres Guille, the founder of the winery, as Honorary President. The result is the consolidation of La Val winery and its labels, with the clear goal of growth in the international market, while maintaining the traditional production process of their excellent wines.