Ruta do Viño Rías Baixas reaches a new record with a 14.14% increase in visits during 2015 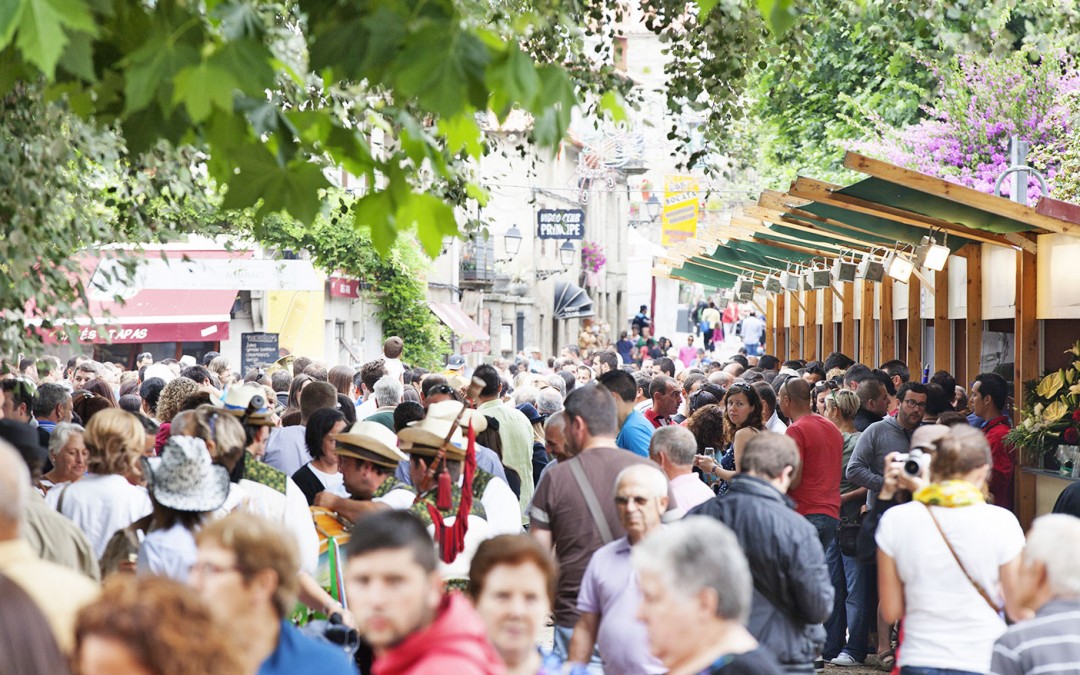 Ruta do Viño Rías Baixas has reached an all new record of visitors. This was ratified in an annual report about the visits to wineries and wine museums published by Asociación Española de Ciudades del Vino – ACEVIN (Spanish Association of Wine Cities) and which collected all data reported by 24 of the 25 itineraries that are a part of Wine Routes of Spain.

According to said report, Ruta do Viño Rías Baixas increased its number of visits by 14.14% with regards to the previous year. It went from 77,690 visitors in 2014 to 88,679 registered visitors in 2015. This data, reported by a total of 51 wineries and 3 wine museums, puts this wine route, once more, among the top ten Wine Routes of Spain with the highest influx of people.

“The efforts of our partners over the years continue to bear fruit,” indicated the general manager of Ruta do Viño Rías Baixas, Lorena Varela, who was very satisfied with the new record of visitors. “Such positive data encourages us to continues to promote a sector that has become one of the economic motors of the entire area influenced by our non-profit organisation,” she concluded.

Worth mentioning, the increase of visitors to the only Galician route among the Wine Routes of Spain, certified by ACEVIN, has been constant over the last few years. As shown in the following chart, the number of visitors has increased significantly in four years: 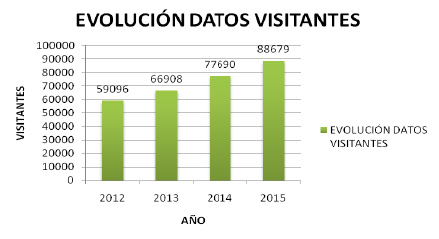 Coinciding with the conclusions of the annual report by ACEVIN, “these numbers manifest that wine tourism has become an established tourism product, being an important add-on” for the touristic offering, and, “plus, continues with an important rhythm of growth, representing an interesting alternative for travel to different winegrowing areas of our country, planning a trip for the whole year, although this might be a good option for a shorter trip”.

In terms of influx, the month of August registers the highest numbers for tourism in Rías Baixas, while January shows the opposite scenario. This is directly related to the increase in tourism, in general, in Galicia, with an additional influx of more foreign tourists during that season.

“We hope that next year’s number of visitors will continue to grow, especially bearing in mind all the efforts being put into a special programme in honour of our 20th anniversary”, explained Lorena Varela. The most anticipated events will occur during the months of spring and summer, where the influx of tourists rises. Among these upcoming initiatives is the Open Day, which will take place on the 21st and 22nd of May.

ACEVIN concludes that, in general terms, 2015 has been “a positive year” for all itineraries included in Wine Routes of Spain. The total number of visits increased to 2,242,941 people; 118,712 more than 2014, with a registered increase of 5.59%. With regards to the economic impact of wine tourism in Spain, they highlighted that “the volume of business generated by wineries and wine museums increased to 49,010,377.38 euros; 15.2% more than the previous year”.

Plus, Asociación Española de Ciudades del Vino (Spanish Association of Wine Cities) noted that “these figures don’t include earnings form lodging, restaurants, shops or leisure companies that are also a part of the different wine routes, with which the total figure of business generated by wine tourism would be much higher”. A note that Ruta do Viño Rías Baixas firmly agrees with, given the high number of hotel and restaurant establishments distributed among its five sub-regions.