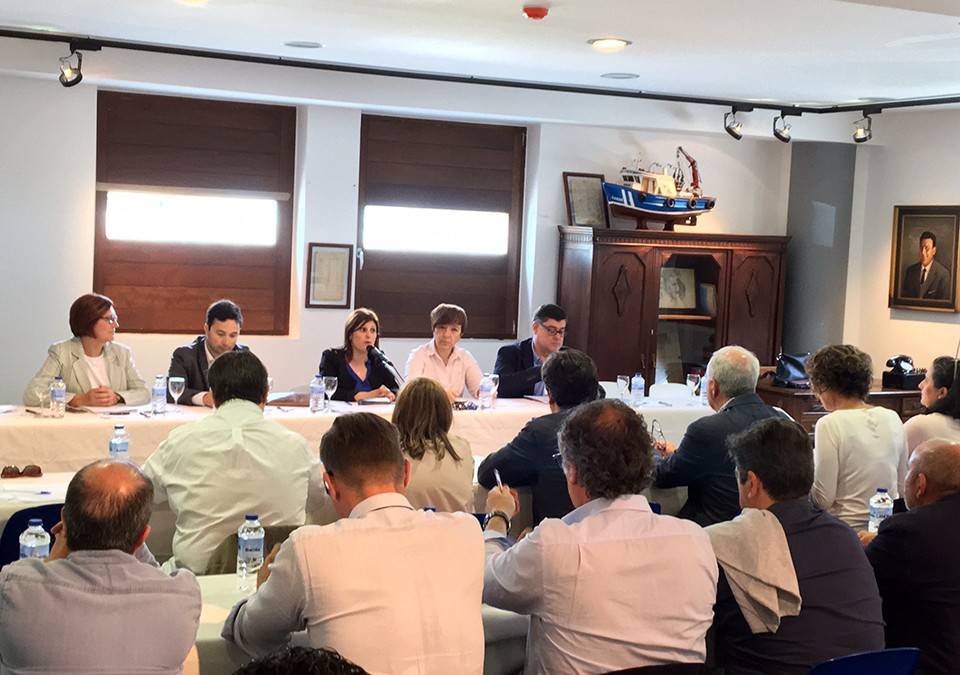 Ruta do Viño Rías Baixas has renewed its certification as one of the Wine Routes of Spain, with above-average results as those demanded by this Club de Producto (Product Club). Such was confirmed in the recent annual meeting of Asociación Española de Ciudades del Vino – ACEVIN (Association of Wine Cities of Spain), held in Cambados, the European Wine City of 2017.

Ruta do Viño Rías Baixas revealed their “satisfaction on being renewed for sixth year in a row as a certified Wine Route of Spain. As such, we continue to be the only Galician wine route that complies with all the established requirements for belonging to Club de Producto (Product Club) of Wine Routes of Spain”. Said requirements guarantee that visitors will visit a quality wine and gastronomical destination in terms of all services and activities offered.

In the final evaluation of the report presented by the external consultancy firm hired by ACEVIN, A+ Consultores, it is confirmed that both the managing body as well as all partner establishments “comply 100% with all mandatory requirements”. Plus, it highlights that Ruta do Viño Rías Baixas, “has a level of compliance of the complimentary criteria that goes above and beyond what is established in the Product Manual of Wine Routes of Spain”.

More concretely, in ACEVIN’s audit, there are five different criteria for evaluation for the overall quality analysis, pursuant to the Product Manual. These include: Planning and Management, Destination, Promotion and Sales, Oenology and Touristic Services. In the case of the first three items, the complimentary requirements must be met with a 30% minimum, while the last two require a 60% minimum. The report ratifies that the percentages of compliance were of an average 77% in all criteria mentioned above.

In the conclusion of the audit report, close to a dozen strong points of Ruta do Viño Rías Baixas were mentioned. These include the “creation and publication of a transparency report”, the proposal “of a wide variety of activities” or a “competent and committed management team that is very focused on the development of communication and promotions activities and in the search for funding”. In this respect, “the implication and collaboration of different public and private entities” with the non-profit was highly valued, as well as a “start in working towards the sales of products”. Plus, they also valued the “communication efforts of Ruta do Viño Rías Baixas”, giving as an example that there “are initiatives that get fully booked, such as the Wine Buses, solely with communication via social media”.

Finally, the report also detailed a series of recommendations, such as the incorporation of partners that are related to another type of agro-food industry or including a greater gastronomical offering with new restaurant establishments. Emphasis was also placed on launching meetings or entire days where partners could meet in order to exchange views. It was even proposed to offer the Wine Buses at other times of the year, so as to promote the de-seasonalisation of wine tourism in Ruta do Viño Rías Baixas.