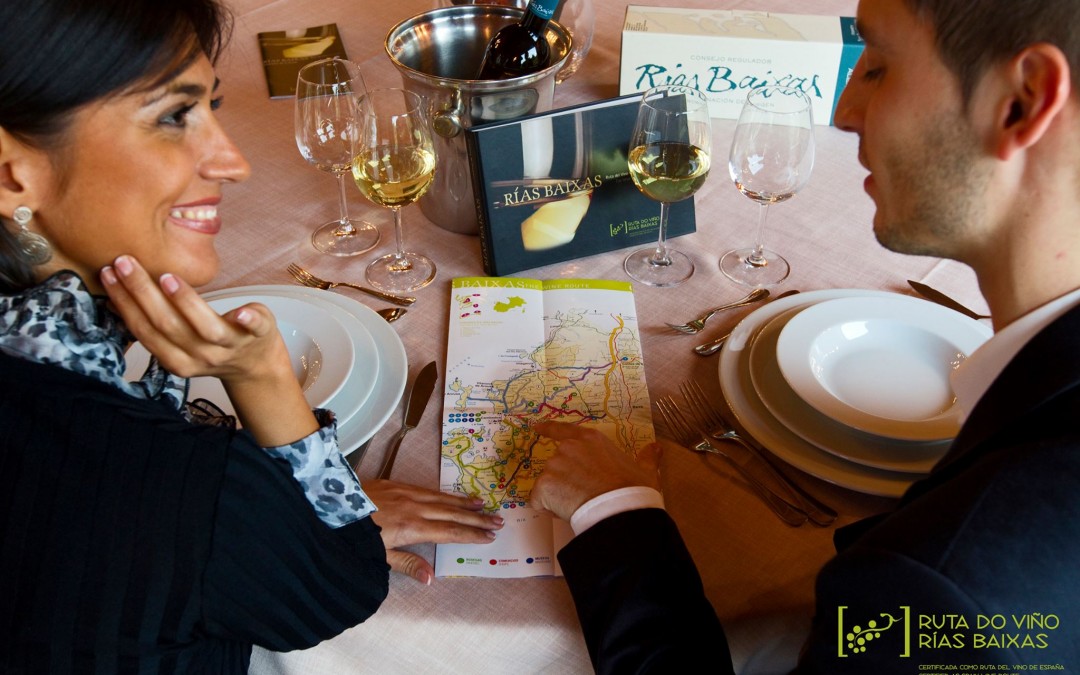 Ruta do Viño Rías Baixas remains among the top ten Wine Routes of Spain most visited. This was revealed by the ninth annual report about visits to wineries and wine museums made public by Asociación Española de Ciudades de Vino – ACEVIN (Spanish Association of Wine Cities). It is a document that allows for discovering and studying the habits and interests in terms of wine tourism within our country.

Said report, in which the data of 24 of the 27 certified routes is included, reflects a clear upward trend in the number of visitors during 2016. The total number of visits increased to 2,714,409 people, ratifying the good health of wine tourism. This result shows an increase in 21.02% with regards to 2015.

Ruta do Viño Rías Baixas follows this upward trend, with an increase of 15% in the number of visitors to its partner wineries and wine museums throughout last year. For the first time, more than 100,000 people visited our different partner establishments previously mentioned. The only Galician wine route included in the prestigious Club de Producto (Product Club), sits among the top ten, close to other Wine Routes such as Jerez, Penedés, Ribera del Duero, Rioja Alta, Rioja Alavesa and Empordá.

The ACEVIN report about visits to wineries and wine museums during 2016 also manifests that “2016 was an excellent year for wine tourism. The numbers of visitors have continued to increase for all routes associated to Wine Routes of Spain, reflecting a consolidation in wine tourism within Spain’s tourism offerings,” indicated management of Club de Producto (Product Club).

August, the month with most visitors in Rías Baixas

The document also analyses the seasonal distribution of visits, where, once again, spring and autumn are tourists’ preferred seasons. In the specific case of Ruta do Viño Rías Baixas, the month with greatest influx was August (the general influx was registered greatest during October and September), while January was the opposite extreme.

Finally, the ACEVIN report analyses the economic impact of the wine tourism sector, fostered by the 24 Wine Routes of Spain analysed. Based on the average expenditure per visitor and the price of an average visit, it is estimated that over 54 million euros were generated from visits to the different wine tourism routes certified by ACEVIN.

The complete report of visits to wineries and wine museums associated to Wine Routes of Spain 2016 can be downloaded from the website, via this link: http://www.wineroutesofspain.com/bd/archivos/archivo728.pdf