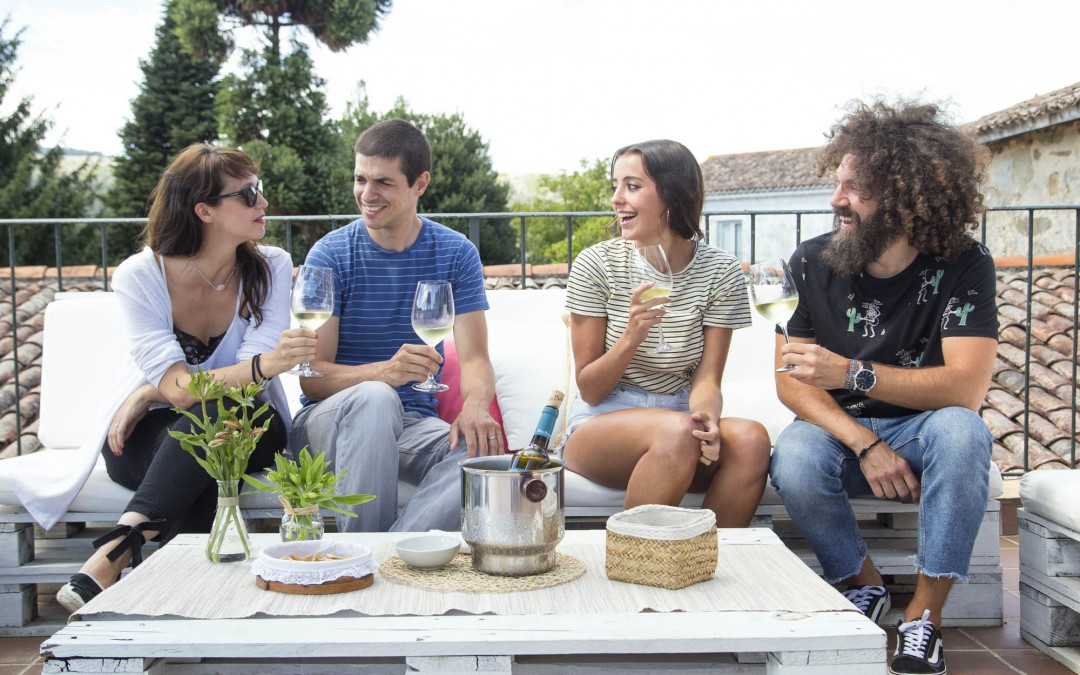 Ruta do Viño Rías Baixas is profiled as one of the preferred destination by wine tourists out of the 27 Wine Routes of Spain. Such was revealed in the report Análisis de la Demanda Turística en las Rutas del Vino de España 2016-2017 (Analysis of Tourism Demand in the Wine Routes of Spain 2016-2017), published by Asociación de Ciudades del Vino de España – ACEVIN (Spanish Association of Wine Cities).

According to the data drawn from the surveys, Rías Baixas becomes, along with Rioja Alta, the second destination that those surveyed most wanted to visit in the near future. Meanwhile, it was also positioned as the fourth Wine Route of Spain that participants had already visited previously. “This data indicates that our wine route continues to be one of the main favourites of visitors, which motivates us to continue working towards a quality destination with an offering that is even more attractive and apt for all people,” indicated the manager of Ruta do Viño Rías Baixas, Lorena Varela.

Said document was published based on the opinions of 1,233 visitors who completed the survey online during the promotional campaign #ILoveEnoturismo, following their visits to museums, lodging, wineries, restaurants and other partner establishments of the 27 Wine Routes of Spain. Of all surveyed, Rías Baixas provided the greatest number of opinions, entailing a 12.1% of the total number of responses, with 149. The study took place from the second trimester of 2016 to the first trimester of 2017.

Profile of the wine tourist

Reservations to Wine Routes of Spain are commonly made over the phone (36.8%), or via internet (31.7%), with an average time in advance of between one week and one month (51.8%). There was also a noted increase in reservations of touristic packages. The method of transport used by the majority is their own or a rented vehicle (78.9%), although there was also a registered increase in the use of coach (16.3%).

According to the report presented by ACEVIN, the average expense and stay of wine tourists has increased by 8.51%, reaching 156.6€ per day and person, in the first case, and an increase of 21%, reaching 2.65 days, for the second case. The average total expense is of 397.83€. According to the document, “wine tourism continues to serve as a touristic escape, a product closely linked to weekends and local holidays”. This is why proximity tourism has special relevance in this sector.

Infographic about the Profile of the Wine Tourist of Wine Routes of Spain. Source: ACEVIN

In terms of lodging, bearing in mind that over half of those surveyed affirmed having spent a night (53.7%), the hotels of 4 and 3 stars continue to be the preference of most visitors (24.7% and 21.2%, respectively). Also notable are stays at friends’ homes (16.7%), although there was also a registered increase in the number of nights stayed at rural lodging establishments, reaching 16.3%.

Finally, 99.5% of those surveyed would recommend Wine Routes of Spain to friends, colleagues and family. Also worth noting, the average score increased to 8.39 points, 0.9 more than 2016. This reflects a high level of satisfaction with the customer service and quality of what is offered.